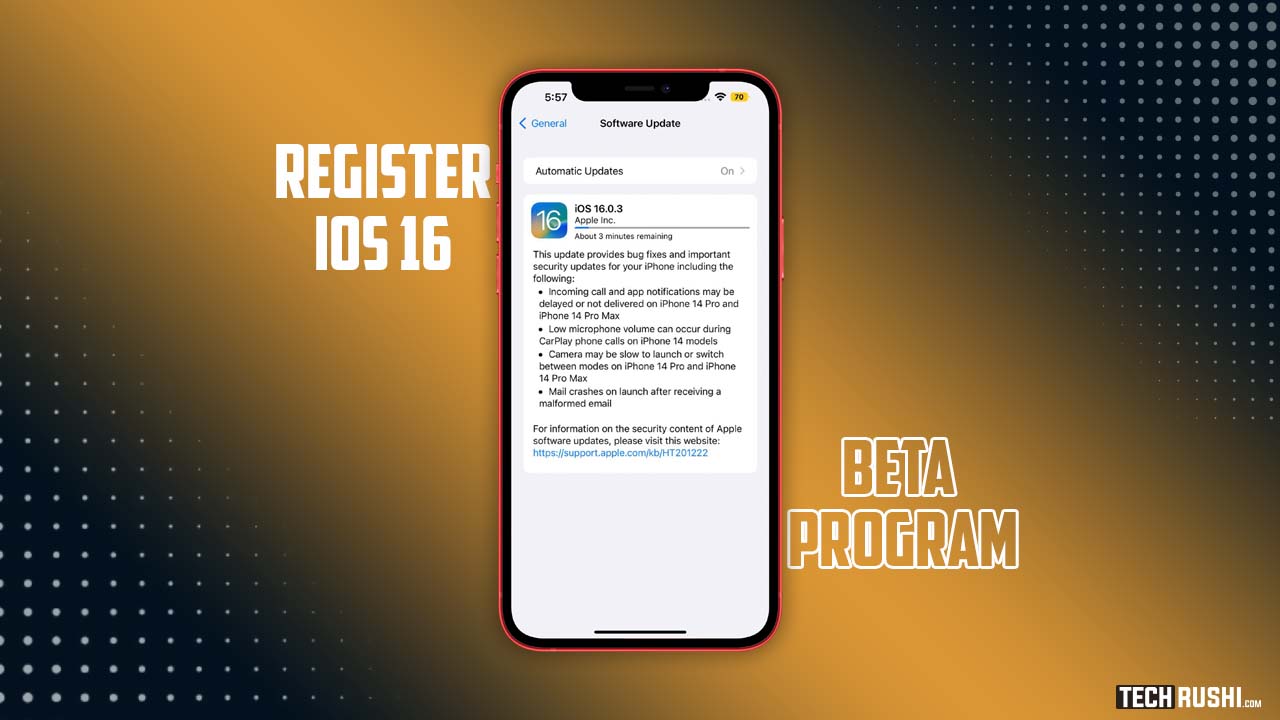 What is a Public Beta?

A beta version of an app or operating system is a pre-release version of the product. When software is in an advanced stage of development but not yet finished, it is considered beta. Although the software is ready for general use, bugs need to be fixed, speed needs to be improved, and polishing is still needed.

It is traditional for beta software to be distributed at the company that develops it or to a trusted group of testers. To help improve the product, beta testers work with the software, check for bugs and problems, and report the results to developers.

There are slight differences between a developer beta and a public beta. The software is available to the general public instead of being restricted to internal staff or small groups. Software becomes better as a result of this expansion in testing.

Sign up for the Apple Beta Software Program if you want to get the latest iOS early. then follow these steps,

What are the Risks and Precautions of the Public Beta?

Even though it’s exciting to have access to upcoming software before it’s released, not everyone will enjoy public betas. Bugs are common in beta. Beta software is prone to frequent crashes, features not working properly, and data loss.

Additionally, it is difficult to roll back to a previous version after installing beta software. Uninstalling the beta requires you to restore your phone to factory settings, restore from backup, and perform other maintenance.

You may not get things working properly when installing beta software. If you find that too risky you may wish to wait until the official release – which it likely will be for many people, especially those who rely on their iPhones for work.

The beta testing phase of iOS 16 is first rolled out to developers, then to the general public. If you’re a developer, this is the version you should run if you want to test your apps against the most current OS.

Make sure your device is compatible first. Check out Which iPhones support iOS 16? (Basically, iPhones 8 and later.). To use this feature, you must be an Apple developer. There is a $99 annual fee for joining the Apple Developer Program.

Then follow the same process for your 16 public beta to register as an iOS 16 beta developer.