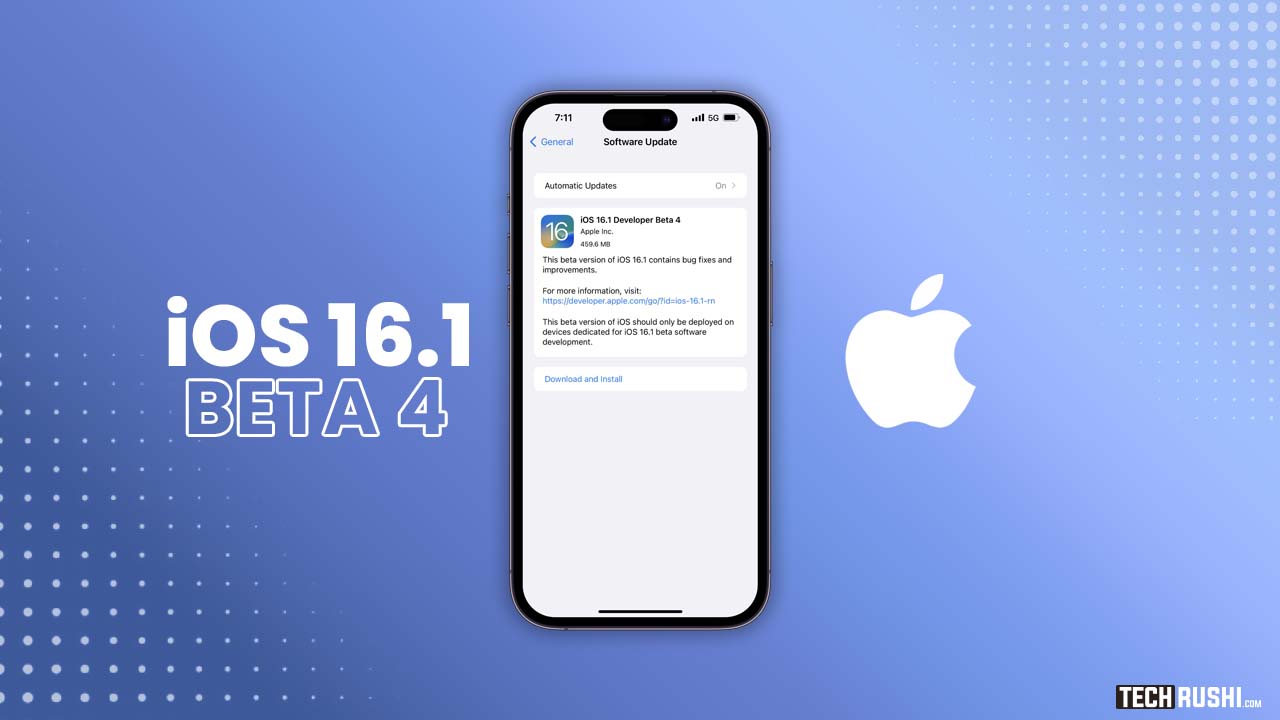 Apple released iPadOS 16.1 beta 11 and iOS 16.1 beta 4 for developers with build number 20B5064c, and modem firmware 1.13.01. Typically the developer beta rolls out first and is soon followed by the same build as a public beta. We’re just two updates away from a stable build.

Go to Settings and tap on General. Click on “Software Update”, Now you can show the newly released iOS version. Tap on the Download option and install it. Download iOS 16.1 beta 4.

Yes, definitely install the beta 4 version if you are using iOS 16.1 beta 3.

All Pro models look smoother, Pro Motion is nice and fast, and choppy scrolling bugs are all fixed. The overall performance and feel of the phone look nice and snappy and the opening and closing animations of all apps work quickly. But the battery life took a bit of a hit or the device got a little hot this time, but Apple will fix it in the next beta 5 updates.