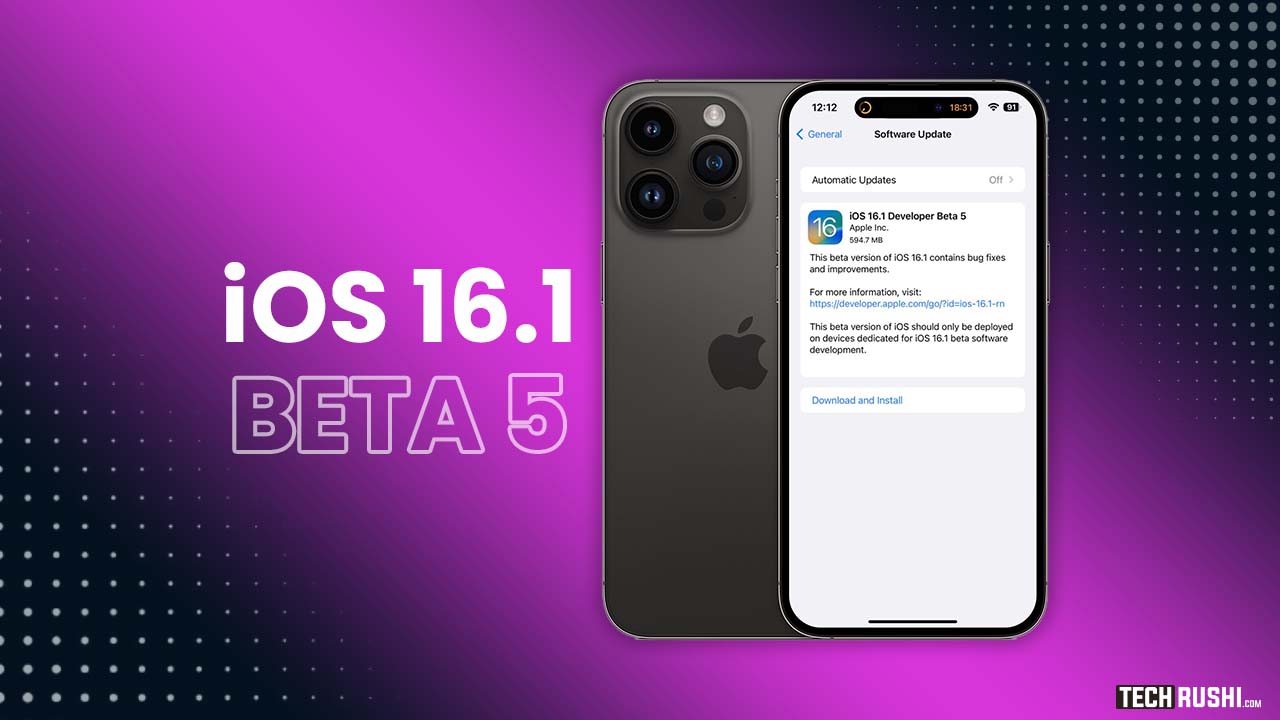 Apple released iOS 16.1 Beta 5 for developers with build number 20B5072b, and modem firmware 1.13.02. and the Size of this Beta 5 is 594.7 MB for iPhone 14 Pro Max this Size is very depending on which device you have. Typically the developer beta rolls out first and is soon followed by the same build as a public beta. We’re just two updates away from a stable build.

Go to Settings and tap on General. Click on “Software Update”, Now you can show the newly released iOS version. Tap on the Download option and install it. Download iOS 16.1 beta 5.

Yes, definitely install the beta 5 version if you are using iOS 16.1 beta 4. because most of the previous bugs are Fixed with this version and it gives you fresh filling.

According to me, this Update is not so big Change but this update gives you some new features and Fixes most of the Previous bugs. The overall performance of single core is highest but the performance in multicore is slightly low. In this update, Apple is Fixing its main Bug Crash Detection On iPhone 14-Series.