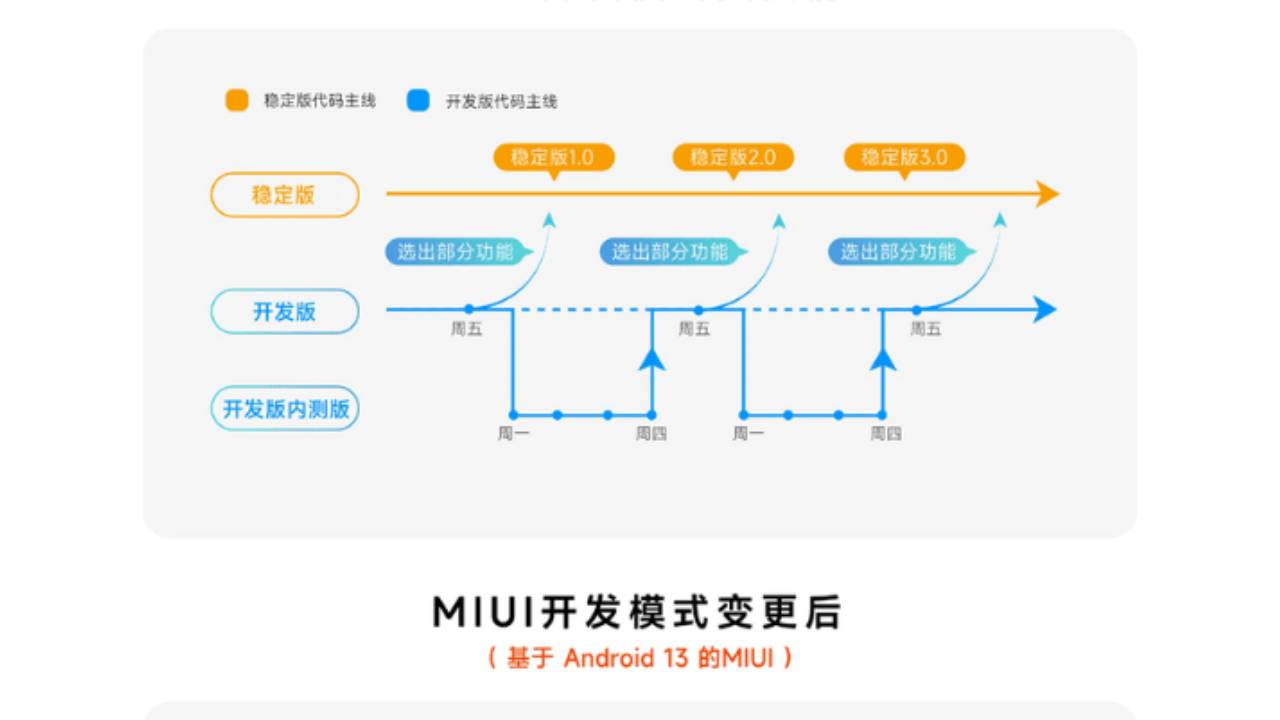 Xiaomi has recently introduced MIUI System Version Adjustments for upcoming updates. In the Last 12 years, more than 545 developer versions of MIUI were launched on different phones. In order to maintain all activities and a good user experience, this new Xiaomi Major Adjustment for the MIUI system version was introduced. Read More Latest MIUI 13 Updates Download link for Xiaomi phones

After the MIUI Developerment mode is upgraded, the Mi Fan experience of each version changes

Xiaomi said the new features and optimizations were first released as a development version and later if not found any issues with reliable features and stability, then rolled out for the official version. Besides, Xiaomi also said the MIUI development system version is a test version provided to a small number of users for issues feedback and testing. Read More April 2022 Security patch was released in this Xiaomi phones

The announcement was shared by Xiaomi Community