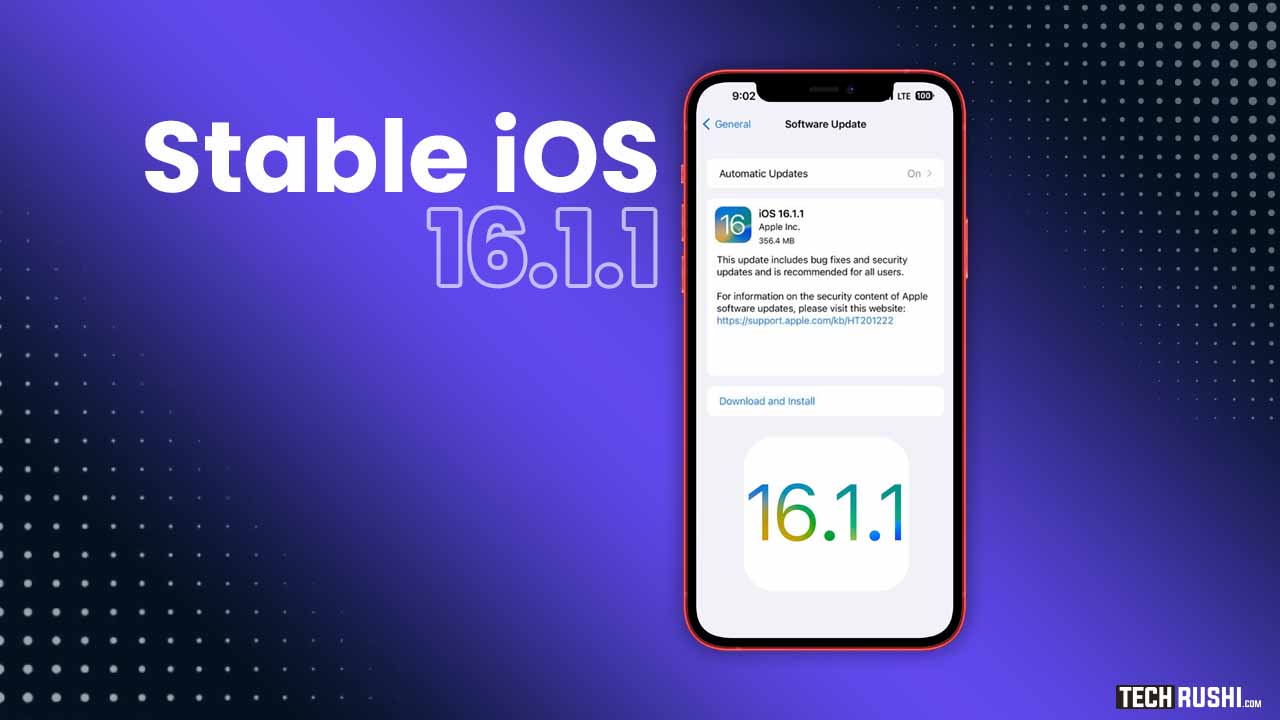 Along with this Apple also released iPadOS 16.1.1, and macOS 13.0.1. This time they said WatchOS is released soon.

Apple only said in this update that it is only fixing the bug and giving some security updates because in the previous update the main SkAdNetwork and Wi-fi Calling Bugs were not fixed. This is the main reason for introducing this update.

Definitely Yes. This update is a Stable Update and in this Update majority of Bugs are Fixed, so Download and Install stable updates. Taking to performance, It is slightly improved but the user may not notice it in his daily life.